As pandemic precautions ease, there is a pervasive feeling that life is returning to normal. It is a time not entirely unlike the moments just after the great upheavals which demarcated the modern period of the early twentieth century. For that reason, the newest exhibition coming to SFMOMA, "Diego Rivera’s America" offers an opportunity to reflect upon not only the sociopolitical significance of our moment, but even the very means by which we express ourselves through a vocabulary of realism in everyday life.

The show focuses especially on Rivera’s astounding body of work from the 1920s to the mid 1940s, an incredibly rich span of his illustrious career. In that time, he saw two world wars, participated actively in radical leftist movements, and travelled the world. His art, and especially his murals, offer a vision of life both profoundly historic and resolutely immediate. While other retrospectives on Rivera’s collection have tried to paint a picture spanning his entire life, "Diego Rivera’s America" hones in on two decades specifically.

Guest curator James Oles says it provides an opportunity to “dig deeper and show a lot of works of art that have been historically overlooked or even never seen before.”
In many ways, the show is about seeing and recognizing a vision for the world through ordinary people. “Rivera was one of the artists that rejected abstraction and Cubism for a new look at the human figure,” explains Oles. “This show is basically about people, human contact, and community.” After such a long time in isolation during the pandemic, contact and human connection deserve a renewed look. Rivera offers just that through his realist approach to representation of people of various stations and stature that he captured in his portraits. "These people, and their differences, inspired Rivera to use his art as a weapon to try to create a utopian society in which conflict around those differences would be ameliorated to create a better world in the future,” says Oles.

In Rivera’s various renderings of everyday life between Mexico and the United States, we see people cast in vibrant colors. Everything from their skin, clothes, and food pops out from the canvas, bringing to life the softened edges of their figures. It is clear by looking at his oil paintings such as "The Flower Carrier" that Rivera sought to capture these moments, even of labor, in a fashion that was soft and tender, conveying his compassion for people beyond the paintbrush. It was part of his strategy to evoke a sense of empathy between his audience and the Mexican people. Perhaps more accurately, Rivera’s work depicts Americans, which he conceived of beyond the United States. In fact, he decenters America and moves towards a framework that depicts the history and heritage of North, Central, and South American people — seen on display in the mural "Pan American Unity." His murals are stunning, and this one articulates a progressive vision for the Americas thriving beyond the specter of fascism incited by the two world wars. It is simultaneously glorious and eerie to see this mural, as it harkens forward to a future and present that shares many of the same issues of the past. 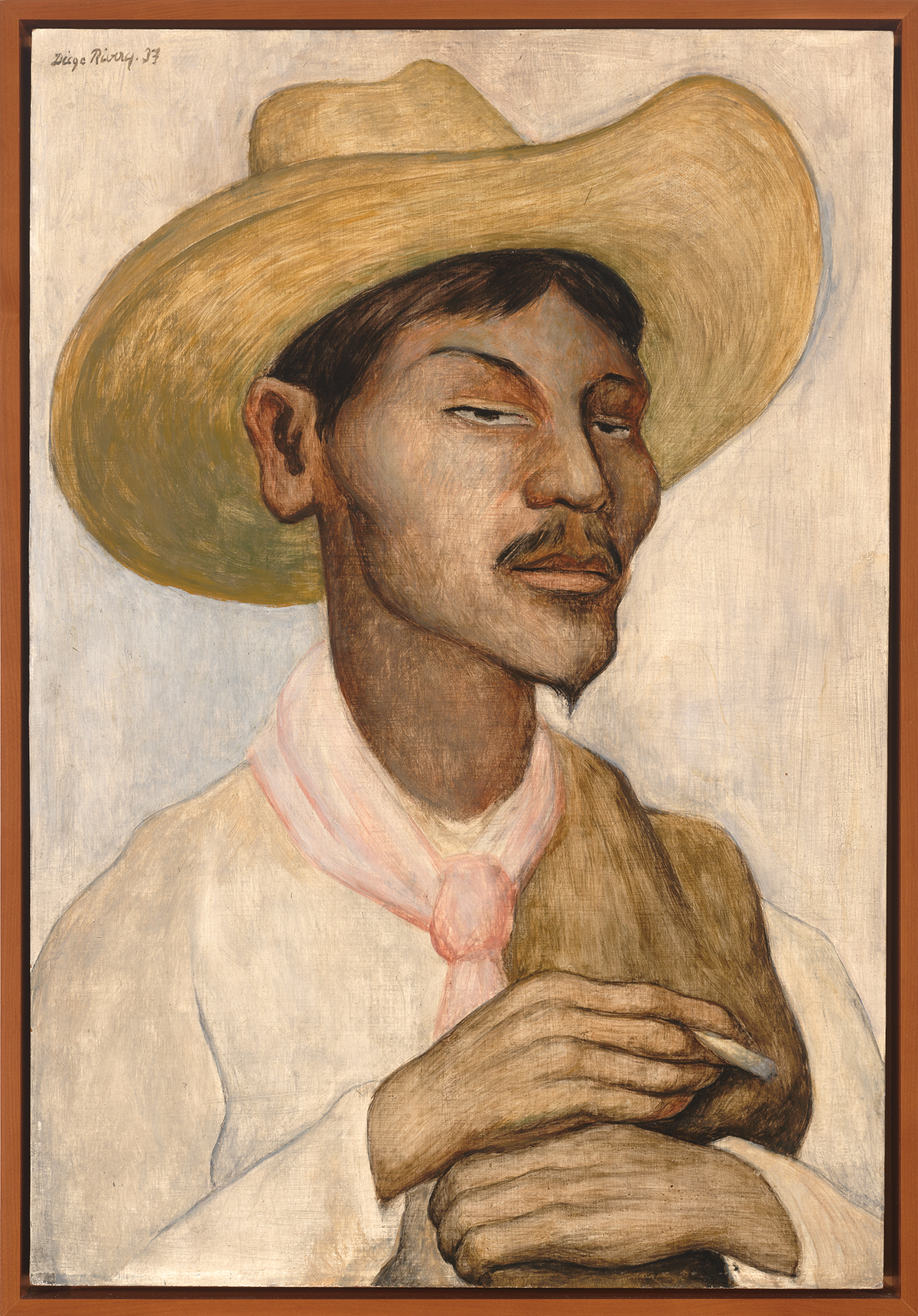 Amidst contemporary global and native fascist movements that echo, if not repeat, those of Rivera’s day, we are asked to grapple with the small moments of our everyday lives. The accelerating pace of our world means our reality shifts and there is a heightened need to focus on what matters to us and why. We are challenged amidst dire circumstances to look to the mundane and the creative possibilities artists envision. Perhaps, it is the process of wondering, which calls us back to Rivera’s art. “Rivera was an artist who was socially engaged and invested in addressing the issues of his time through his art,” says Maria Castro, co-curator of the exhibition. “I hope looking back at this period of Rivera's work will be a reminder of how artists help us imagine new possibilities and inspire action.”

This summer, the enormous display of Rivera’s work from a critical time in his career holds the possibility to challenge and critique as much as it might enlighten and inspire. Hopefully, by taking a deep dive into Rivera’s influences and inspirations for envisioning a future through art, we might in turn find our own means to continuously imagine new possibilities. As Rivera suggests in his art, it is in the little things of everyday life in our communities done day to day where we might imagine a new reality. 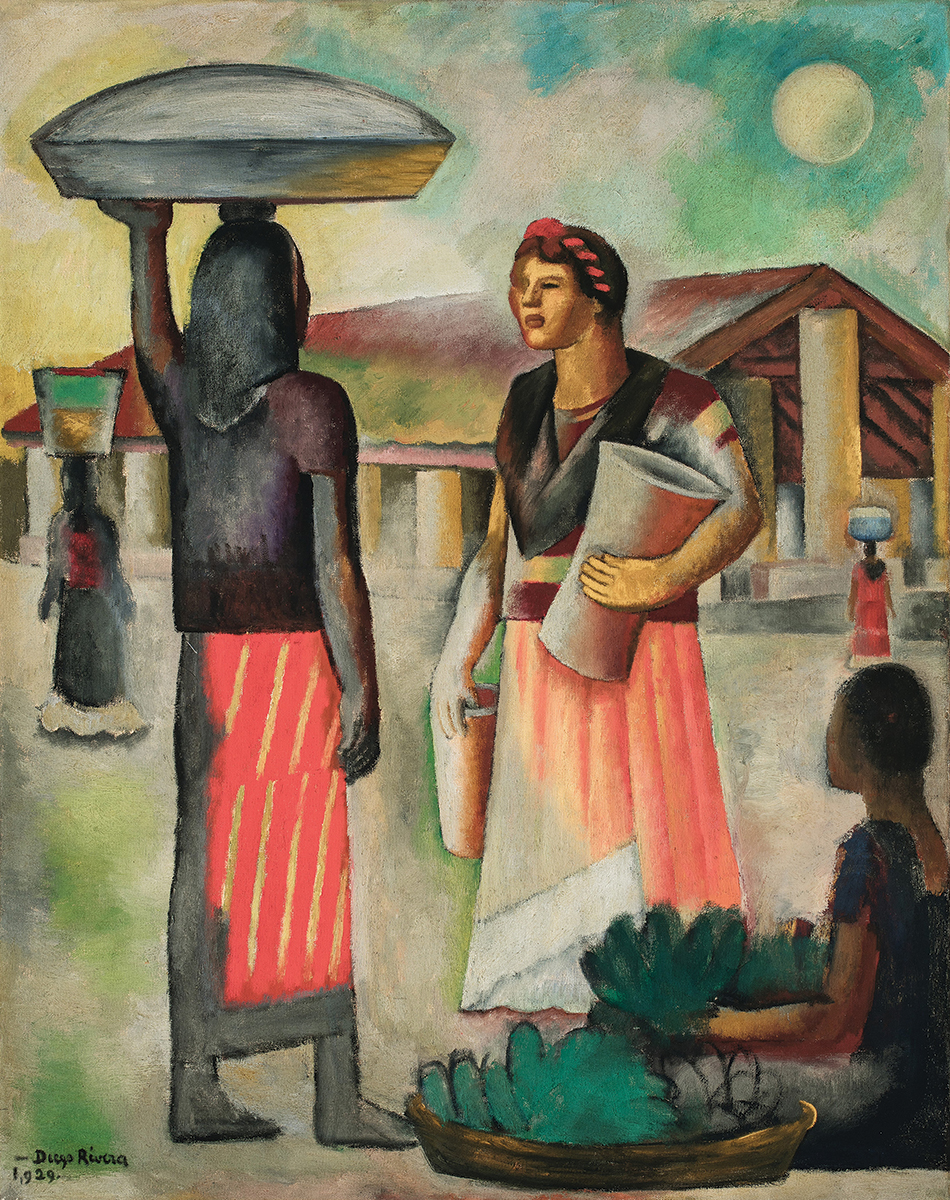 By Heather Desaulniers
See All Stories