Looking Back at 50 Years of ODC/Dance

Reflection and possibility – such a winning combination. It’s no surprise that major anniversaries and milestones are so often celebrated with a pairing of these two sentiments. Moments of nostalgia provide a frame to consider the journey thus far, while present-day contributions offer a lens into future decades. This spring, viewers can experience that special duality - looking back and looking forward - as ODC/Dance marks fifty years of mold-breaking excellence in contemporary dance. The festivities kick-off with the Dance Downtown program, an eclectic mixed repertory bill running March 31st-April 10th at the Blue Shield of California Theater on the Yerba Buena Center for the Arts campus. Alongside historic works, the company will present world premieres, plus a gala celebration and two Q&A talkbacks after each Sunday afternoon performance.

But before thinking more about this notable occasion, first, let’s travel back in time. 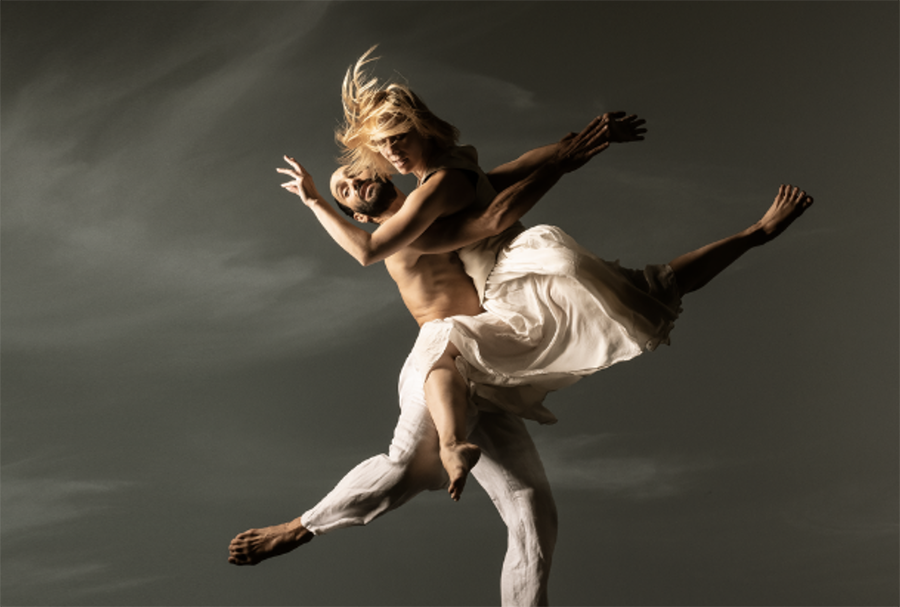 So the when, where, who and what are clear, but how about the why? Why a new company? Why at this moment? Well in part, it was a response to stirrings and percolations in the dance community, particularly amongst artists not on the East Coast. “A national conversation was underway in dance at the time, shedding light on dancers, choreographers and companies that were not based in New York, and what that meant for them,” Way explains, “the talent I saw at Oberlin was definitely part of that conversation and it motivated me to start a company.” And so, she did. Sixteen founding members set out on an artmaking adventure away from the New York nexus. “It was about asking artistic questions and collaborating together; a fertile chapter where a different perspective on the form was being celebrated, one that was not particularly enamored with technique,” she recalls. After spending their first summer on Martha’s Vineyard, the company headed west to San Francisco, guided by fundamental values of inquiry and inclusion. Five decades later, those desires holds fast - to bring as many people as possible into the artistic fold and to be in communication with artists and the audience. “ODC has always aimed to meet the needs of the whole person,” says Way, “we are proud that it’s a welcoming space, an energetic environment and a happy place for so many.”

While the core principles driving the institution have remained true, five decades have also brought a fair share of change. The main one, of course, being scale. They’ve come a long way from their first bank account, which Way remembers as a brown paper bag. Today ODC boasts an entire campus in the Mission District with a flourishing school, its own theater space and a community health program. Eleven dynamic performers make up the main company, helmed by the powerhouse team of Way and School Director/Associate Choreographer Kimi Okada. ODC’s repertory archive is incredibly vast, with more than 120 major dance works. Amongst those pieces, one can also see a shift in physical vocabulary and style, especially when compared to the group’s early years. “A pedestrian/quotidian nature – the everyday, the usual - is present in every work, but we’ve also stretched on the technical side of things to a broader range of capacity,” she shares, “it’s now our esthetic domain to include both in an overt manner.”

Audiences will, once again (and in person!), be able to witness ODC’s unique voice when Dance Downtown opens at the end of this month. Each weekend features a different program: Program A pairs Way’s Speaking Volumes (2005) with the premiere of Vámonos by Dexandro Montalvo, and Program B includes Way’s Investigating Grace (1999) and the premiere of No Alibi by Amy Seiwert. For Way, each piece has a particular meaning and significance, “Speaking Volumes was created for our building renovation, so it has that sense of renewal, while Investigating Grace is personally reflective in that it is inspired by my son’s illness.” As for the world premieres, they bring the newness to the table. Yes, the pieces are brand new. But so is the choreographic talent, at least new to the company, that is. Both Montalvo and Seiwert are established choreographers, yet each is setting work on ODC for the first time. And speaking of new talent, opening night will also have a surprise appearance by the youth company, Dance Jam.

Originally, this program was envisioned for 2021 (the official fifty year anniversary) but COVID derailed those plans. So, ODC pivoted, rescheduling to 2022 and reframing the festivities as a 50+ celebration. Much is in store throughout the year! Along with Dance Downtown, a community street festival in and around ODC’s campus is in the works for this summer. And a new site-specific work by Way and Okada, Uprooted, will debut at the Alameda Naval Yard later this year.

Way is the first to admit that ODC’s longevity could not have been predicted, “at the beginning, we were never thinking about the future, only about asking questions, and I am keenly aware that we undertook this experiment at a very different time – there was little panic at affording rent or making ends meet – yet we did survive and have managed to include so many people along the way.” Certainly, ODC has survived, thrived, and continues to do so. The events planned for this year will not only honor that truth, but point to what the future may hold for this pioneering institution. “I’m really interested in expanding the digital side of our programming; it’s such a fantastic opportunity to reach even more folks,” notes Way, “though more broadly, I hope that the future of ODC will be part of a resurgence for dance and for concert work – that we can play a role in bringing enthusiasm for culture back.”

By Heather Desaulniers
See All Stories