The recent, major milestones in the San Francisco dance community have got me thinking about the act of remembering. When one looks back on years and years of creative work, what stands out? And why? Is it the beginning moments when the new venture was first birthed? Something specific, like a favorite piece, memorable tour or special performance space? A particularly difficult period or an incredibly joyous one? Or is it the people that one encountered and engaged with along the way? 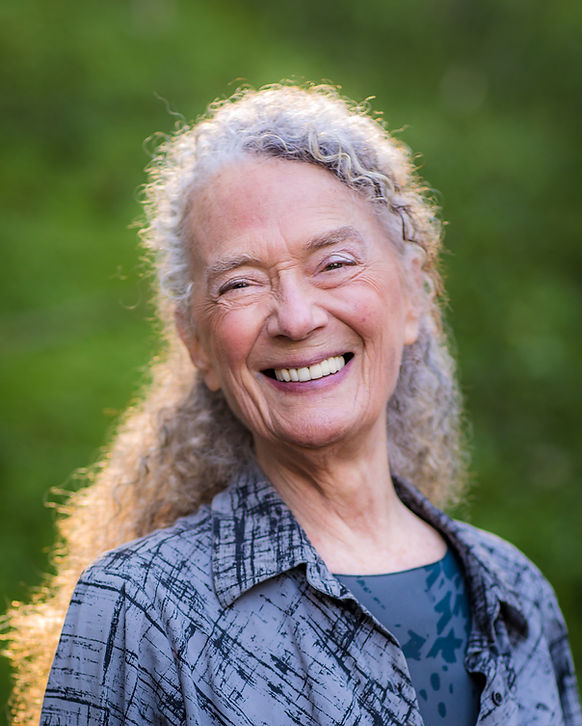 This year, the Margaret Jenkins Dance Company marks 50 years of artistic practice and bold dancemaking. And for founder and artistic director Margaret Jenkins, the act of remembering these past five decades encompasses many different layers. Reflecting on the very early days, San Francisco-native Jenkins recalls, “I just wanted to make dance; I wanted to make a home that felt and had the energy of what I loved about New York. At the time [early 70s], there wasn’t a lot going on in San Francisco, but there was definitely an appetite for more contemporary work.” Jenkins became excited about electrifying that thirst and began teaching everywhere she could, periodically inviting mentors like Merce Cunningham to come and offer workshops to the hundreds of students that had begun to flock to her classes. A dedicated following was beginning to coalesce; dancers who wanted to join Jenkins in her vision of movement, performance and choreography. “I was able to define my own esthetic, which grew from a range of different forms of training,” she shares, “but I realized if I was serious about wanting to formalize a company, and have it be an ongoing thing, I was going to need to be able to apply for financial resources.” And so, in 1973, MJDC officially became a non-profit organization, and they were off and running, or more accurately, off and dancing.

Jenkins characterizes MJDC’s first 20 years as that of a “repertory company,” with a large catalog of active work and extensive touring. Then, in the early 90s, there was a fundamental shift. “We pivoted to a project-oriented platform where we could spend years on a single idea,” notes Jenkins, “it was a very different and delicious way to work, away from titular choreographic language to a deeper, more collaborative experience with the dancers in the company.” In 1993, MJDC presented its first major full-length collaboration, “The Gates (Far Away Near)” and they haven’t looked back since. From 2006’s “A Slipping Glimpse” and 2011’s “Light Moves” (both at Yerba Buena Center for the Arts) to 2017’s “Skies Calling Skies Falling” at the Wilsey Center in the San Francisco Veterans’ Building, evening-length performance clearly became part of MJDC’s DNA.

That compositional structure will be on full display next month as MJDC debuts “Global Moves” at San Francisco’s Presidio Theatre from June 16th - 19th. Part of the company’s 50th anniversary season, Jenkins calls the world premiere work a study of how the globe moves and how we move around the globe. It is about how we meet and greet each other, how we share our stories and how we move forward and begin again. “Global Moves” is very much a new work exploring many themes, including how a sense of place can be a starting point, a point of arrival or just a space to wait,” says Jenkins. “Yet it is important for us when making something new to also look back, to reflect on the viewers’ history with the company, and to reference and honor those who have played a critical part in our work.”

To that end, “Global Moves” welcomes a host of longtime collaborators to this creative process. Dancers from three international companies are joining MJDC for this project, each of them a group that Jenkins has worked with in year’s past: China’s Cross Move Lab (formerly Guangdong Modern Dance Company), Israel’s Kolben Dance Company and India’s Tanusree Shankar Dance Company. It will be the first time all of them have been in the same spot at the same moment. Rinde Eckert joins “Global Moves” as a performer, a transitional guide throughout the evening interacting with the dancers in the space and at times, narrating either his own or Michael Palmer’s text. Mary Domenico helms the costuming, while Joel Davel and Paul Dresher bring their live, original music to the table.

Jenkins describes the piece as beginning outdoors, where the audience will see the cast descend a staircase, cross the street and perform outside in the Presidio’s newly renovated plaza before transitioning inside, “it’s a moment for the performers to bring their histories, their bodies and their belongings into a shared space; then they will peel off and move into the theater where we will come to a place where we’ve also shared our stories: the stage.” Once in the theater, audiences will be transported by a collage of sites, timbres and tones. “Global Moves” will be made up of about 20 different stations, each with a distinct atmosphere; names like the ‘station of exhaustion,’ the ‘station of fragmented memories’ or the ‘station of impossible intimacy,’” she adds. “The two-to-six-minute sections might be on the periphery or in the entire space, happening at the same time or in sequence.” With so many moving parts and collaborating artists, “Global Moves” is indeed, an ambitious endeavor. But as Jenkins and MJDC have proved time and time again over the past 50 years, they are all in. “I think we’re at a very important moment in time where art gets to be responsive and hopefully helps all of us in the process,” Jenkins relays, “encouraging us to reach across borders, embrace old friends and come together to make something that feels whole and authentic.”

Beyond June, Jenkins dreams that one day, “Global Moves” will have the chance to literally go global, and especially be shared with those who were instrumental in its creation - folks in China, in Israel and in India. “My hope is that “Global Moves” will vibrate with and speak to so many different cultures and experiences that audiences and artists will leave asking themselves, “are we going somewhere other than where we’ve already been?”

"Looking Back at 40 Years of Alonzo King LINES Ballet"

"Looking Back at 50 Years of ODC Dance"

Edith Heath: A Life In Clay