.Our world is changing, for better or for worse, and museums of necessity are responding. The coronavirus pandemic led to costly and lengthy shutdowns, but it gave administrators a chance to confront some of the persistent social issues facing all of our institutions: the insistent demands for justice and equality coming from Black Lives Matter (BLM) and LGBTQIA+ communities; and equity demands from the Me Too Movement and others. “The responsibility of the curator has never been more urgent,” said Christina Yang, who begins full time as Chief Curator at the UC Berkeley Art Museum and Pacific Film Archive (BAMPFA) in January. “It’s time for change.”

Yang is one of five recently appointed curators we spoke to for this roundup of new faces. Four of the five are women. Only two were born in the United States. One of the five is South African and one is African American. Two are ethnic Chinese and one is Italian. All are passionate about their work. 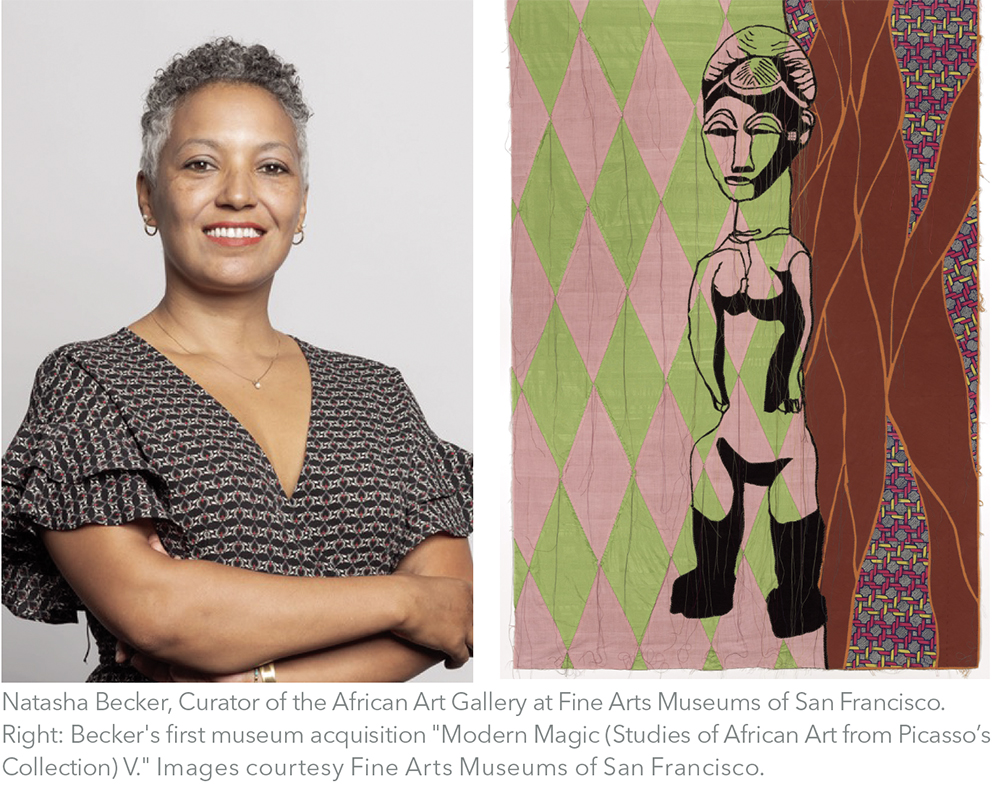 Natasha, born and raised in South Africa, has just made her first acquisition as the inaugural curator of the African Art Gallery at Fine Arts Museums of San Francisco (FAMSF). It is a work by renowned British-Nigerian artist Yinka Shonibare that will be shown at a future date. Shonibare makes work that examines the legacy of Western colonialism and its lingering traces on the world today, and this work speaks to the story of European modernism and shows how the avant-garde period was inspired by African objects.

The acquisition fulfills one of Natasha’s first goals, and that is to bring contemporary African art pieces into conversation with the gallery’s collection of 300 core works, mostly sculpture. The gallery will close next year for renovations that will include construction of a mini space for contemporary pieces. Her vision certainly is influenced by the experience of growing up under apartheid in a segregated suburb of Capetown. She described her first visit to a museum as “uncomfortable.” Images of black people were either nonexistent or they were depicted as natives. European art was in a separate building.

At university, her first love was photography, but her transformative experience came as she encountered contemporary artists in Capetown, and she saw how they were approaching history, current issues, and global affairs from a burning desire for liberation.

Becker holds a master’s degree in African history from the University of the Western Cape in South Africa and has completed her PhD coursework in Art History at Binghamton University in New York. She has worked steadily since her arrival in the U.S. in 2003, most recently as curator-in-residence at FactionArtProject in Harlem.

Though Natasha acknowledges that significant changes have been made in major institutions of art, with her FAMSF appointment as an example, she says, “This is a time for accountability, for asking real questions, and for transformation in U.S. museums." 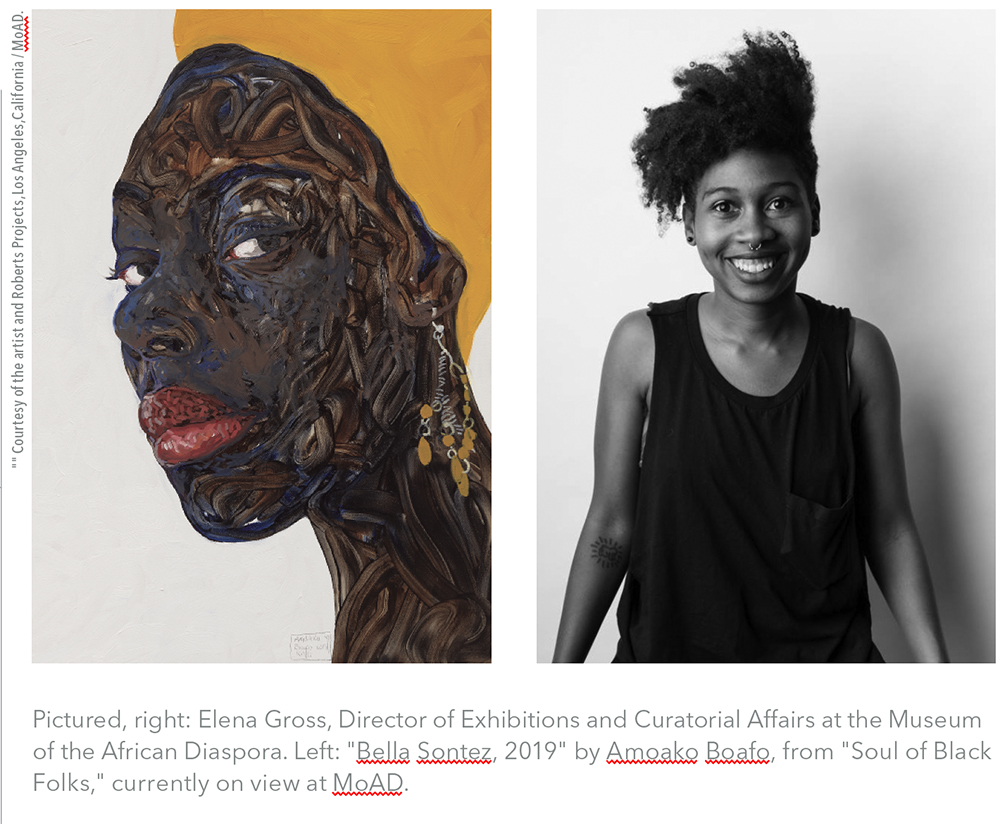 Elena Gross, who last summer was promoted to Director of Exhibitions and Curatorial Affairs at the Museum of the African Diaspora (MoAD), wants to provoke a “different conversation.” She says that since the uprising following the murder of George Floyd a lot of the cultural conversations center around “How do white institutions reckon with race?” While she does not think that’s a bad idea, “As a black woman and a curator, my interest is to move that conversation to looking at blackness in its fullness and complexity.”

Elena holds a BA in Art History from St. Mary’s College in Maryland and an MA in Visual and Critical Studies from the California College of the Arts. She was the creator and co-host of the podcast "what are you looking at?" published by Art Practical before joining MoAD and heading its Emerging Artists Program. “The mark I want to leave is that in the work I do here, we work from an artist-centered and artist-prioritized approach.”

She wants to show “the beautiful diversity and wide breadth of work that’s out there right now,” referencing the increasingly appreciated works of West African and African American artists. In the past, sculpture, particularly that collected during colonization, is what people thought of when they thought of African art. She said there’s exciting and wide-ranging work being done.

There are five exhibits currently being shown that include 20 works by Ghanaian portrait artist Amoako Boafo that interrogate the “black gaze” as well as the first major exhibition of Johannesburg-based artist Billie Zangewa’s collage and textile works that examine intersectional identity. 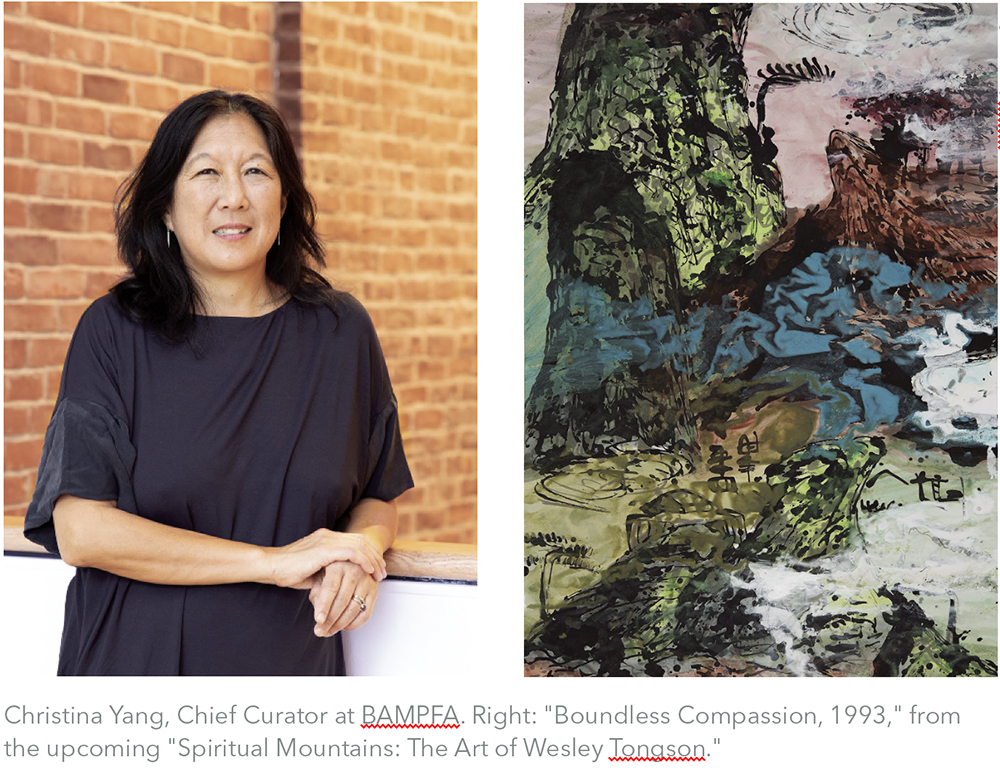 Sharing both Natasha and Elena’s desire for change is Christina at BAMPFA, an institution with more than 28,000 works of art and 18,000 films and videos. She hopes to participate in “de-colonizing the historic collection, confronting social injustice and re-imagining what constitutes an inclusive experience.” Museums, she said, “are going through a reckoning.” In addition to confronting social issues, there’s the effects of the pandemic. Museums, she argues, have a civic responsibility as places for gathering to show concern for human wellness. “Art heals,” she said. “Art saves lives.”

UC Berkeley is a good fit for Christina who did her undergraduate work in History and Art History there and interned at BAMPFA. She returns following a 30-year career which included a 14-year tenure at the Solomon R. Guggenheim Museum in New York City and most recently she served at the Williams College Museum of Art as Deputy Director of Engagement and Curator of Education.

And the Bay Area is a good fit for Christina given its rich Pacific Global culture. Born to ethnic Chinese parents who immigrated here in the 1950s, Christina spent part of her youth in the South Bay and part in Europe. She speaks five languages. 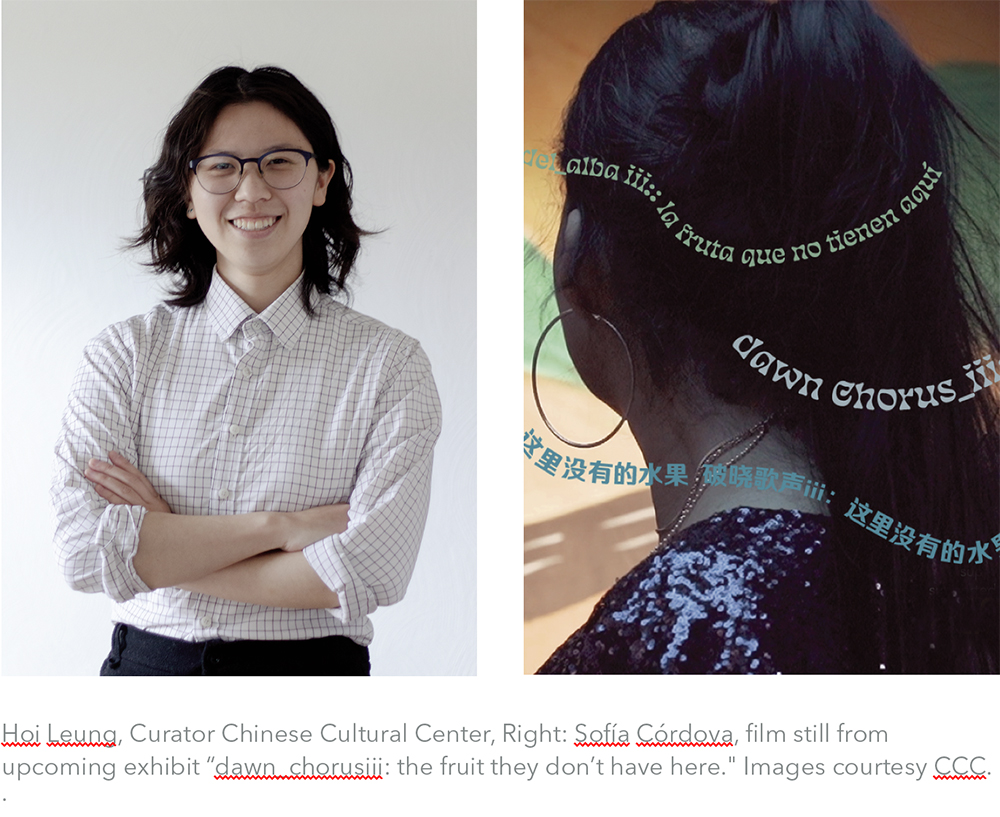 Born working class in Hong Kong, Hoi Leung and her family moved to the U.S. in 2004, when she was a young girl.  After graduating from U.C.L.A. with a degree in art, Hoi started volunteering at the Chinese Cultural Center. It appealed to her because of its 50+ year roots in San Francisco’s Chinatown and its long-standing commitment to social and racial justice.

Hoi took on increasing responsibilities and was named the Center’s curator in 2019. “I owe my knowledge to the neighborhood.  I learned how to curate from Chinatown.” She practices “community building curating,” starting from the ground up and cultivating long-term relationships with artists and local partners, “being at the intersection of art and community.”

Covid, Stop Asian Hate and BLM have only heightened the Center’s commitment to its years-long mission: being a voice elevating the underserved on issues like racial justice, urban development, gentrification, queer aesthetics, and diasporic identities.

Opening this month is "dawn_chorusiii: the fruit they don’t have here." A video work telling the stories of six Bay Area women who came to the U.S. as refugees. The Chinese Cultural Center and artist Sofia Cordóva worked closely on this two-year long storytelling project along with other community-based organizations. 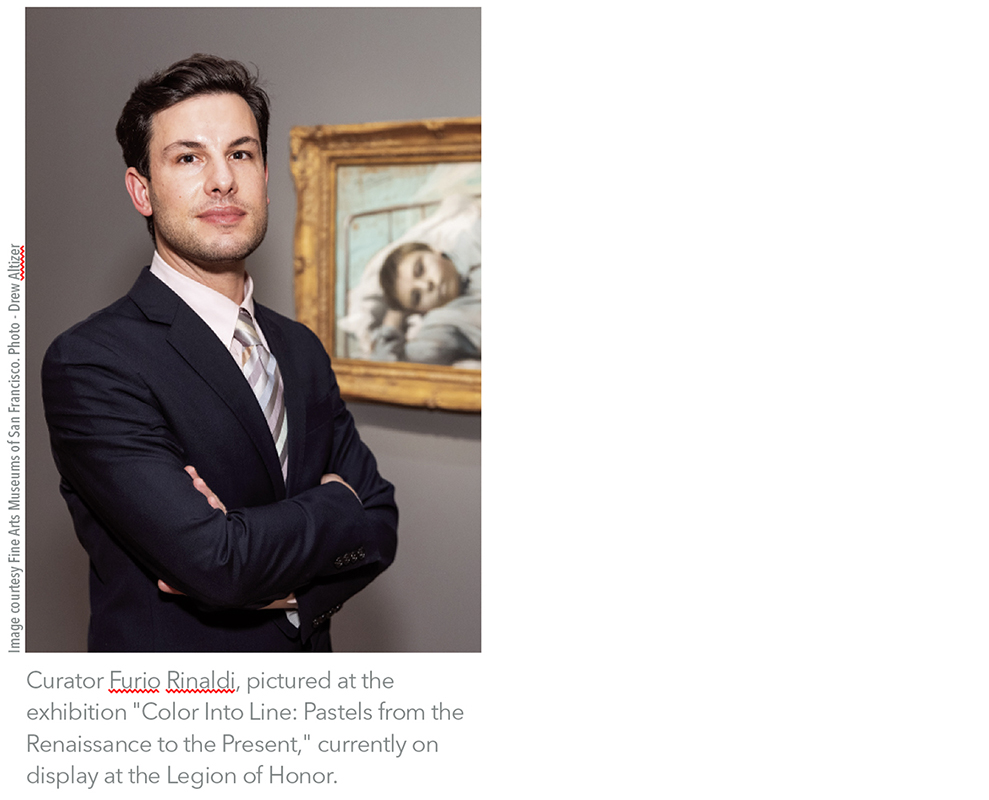 In May 2020, when Furio joined Fine Arts Museums of San Francisco (FAMSF) as Curator of Drawings and Prints, the museum was closed due to Covid, but this time of less activity had a silver-lining in that he had more time to discover the oftentimes hidden treasures of the museum’s 90,000+ holdings of works of art on paper: drawings, prints and artist books. The collection, the largest on the West Coast, spans the 15th through 21st centuries, and is housed within the museum’s Achenbach Foundation for Graphic Arts.

Raised in Italy with a Ph.D from the University of Rome, Furio’s area of expertise is Italian drawings from the 15th and 16th century, particularly the schools of the Renaissance’s “greats” – Leonardo da Vinci, Raphael and Michelangelo. He considers drawings “the father of art.”  “After all," he says, "painting, sculpture and architecture generally start with drawings.”

Within less than two years, Furio curated "Color into Line: Pastels from the Renaissance to the Present." In the process of setting up the exhibition, two important re-attributions, based on his scholarship, were made. Two key acquisitions were also made: an 18th century pastel landscape by Elisabeth Louise Vigée-LeBrun and a 21st century pastel depicting a homeless encampment by Donna Anderson Kam.

Going forward, both the museum and Rinaldi have bold plans to showcase the Achenbach’s collection with an ambitious program of exhibits. 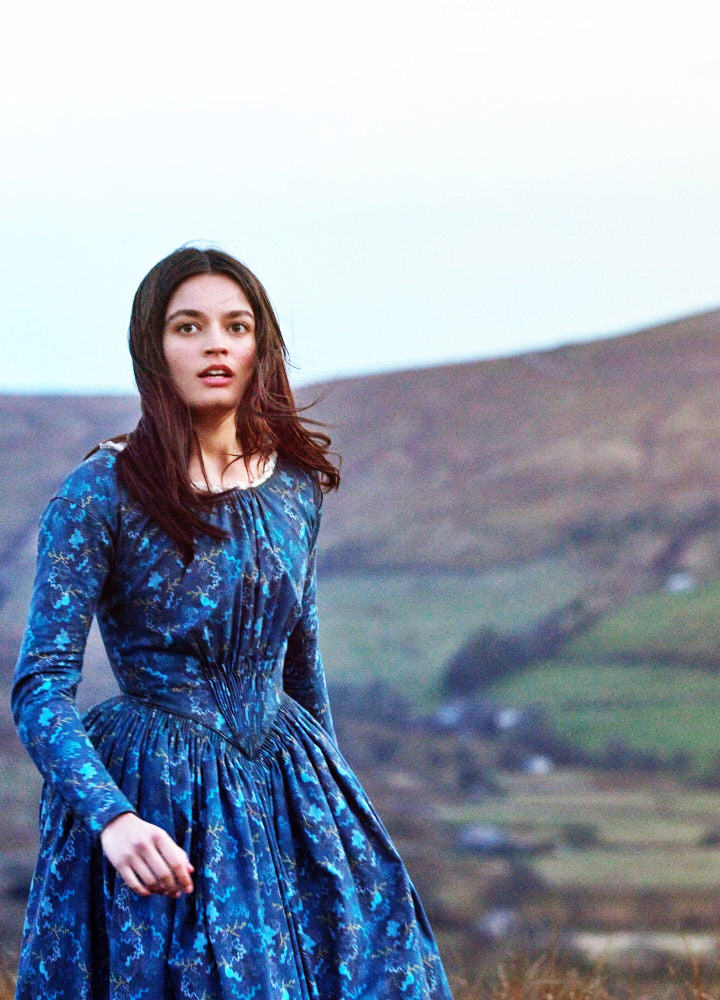 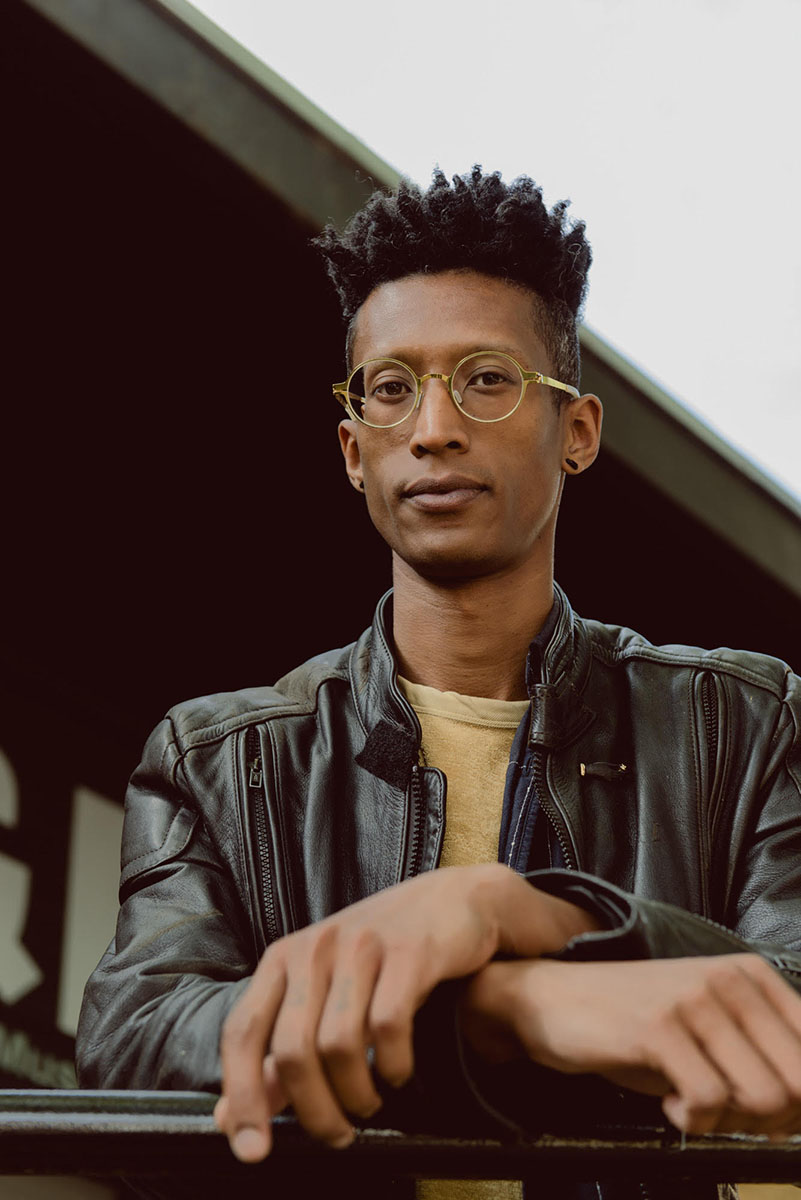